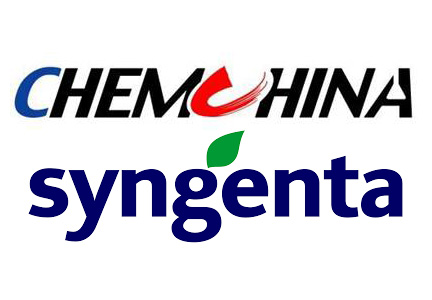 Some 18 months ago, ChemChina purchased Swiss agribusiness giant, Syngenta, for a record $44 billion.  Since then, Syngenta’s investment-grade rating has dropped from a distinguished single‑A rating to the lowest rung of investment grade.

Indeed, as reported by the Financial Times of October 4, S&P Global Ratings earlier this week put the company on review for another downgrade over gnawing questions concerning the Chinese government’s guarantees that not only would ChemChina remain solvent, but it would ensure that Syngenta maintain its high investment grade rating “under all scenarios.”  Now, European bondholders and lenders are less certain, and for good reason when you look at the numbers.

This could evolve into a market “crisis of confidence” in this category of Chinese deal-making because of the size and visibility of this Syngenta/ChemChina “case study.”  For example, Syngenta was recently compelled to postpone a $7 billion bond offering, the proceeds of which were intended to refinance large-scale “bridge loans” used to back ChemChina’s takeover of the company.  A class action lawsuit has also reportedly been leveled against Syngenta.

Part of the market anxiety over this deal stems from the pronouncement by Chinese regulators earlier this year that Chinese companies should no longer be permitted to pose a “systemic risk” via large and ill-considered acquisitions overseas.  It has spurred tensions, for example, among bondholders/creditors of European companies purchased by supposedly “private” Chinese firms like HNA Group and Anbang Insurance.

Bondholders and other lenders are also worried that any Chinese government equity or debt injection could, in effect, take the form of secured debt that would subordinate their own.  Moreover, there are no restrictions in the deals’ documentation regarding the company’s ability to pay dividends to debt-burdened, struggling ChemChina (which has a 13 times debt-to-EBITDA ratio).  Finally, Syngenta’s 5‑year credit default swap (CDS) price has escalated sharply in the past few months.

In sum, all manner of lenders to European companies acquired by large Chinese conglomerates have been spooked and, in some cases, are seeking to gradually exit these deals.  Chinese owners of these European firms are also increasingly being referred to as “black boxes” that do not have the assured level of government backing/guarantees that they were originally banking on.