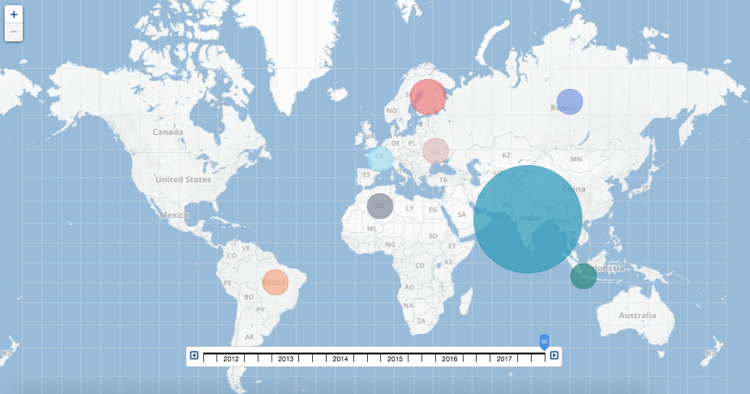 On December 12, reports emerged that Russia’s state-owned United Shipbuilding Corporation (USC) is likely to sell its majority stake in the Arctech Helsinki Shipyard in Finland – reportedly the world’s largest producer of icebreaker vessels used to navigate the Arctic.  The announcement was made by the Managing Director of the Shipyard, Esko Mustamaki.  Sources indicated USC may be under pressure to sell its stake in the shipyard due to difficulty attracting financing as a result of western sanctions.  Mustamaki noted that “sanctions are a big problem for us” and that, “all issues regarding finance and insurance have been challenging.”

Originally, a joint venture between Finland’s STC Finland Oy and USC, Arctech Shipyard was fully acquired by USC in December 2014 for $24.2 million.  The Shipyard specializes in arctic shipbuilding technology and produces approximately 60% of icebreakers currently in use.  Indeed, Russia’s arctic exploration and development activities are implicated by the Shipyard’s production.  A number of contracts were issued to Arctech in 2014 by Russia’s Sovocomflot (SCF) for construction of icebreakers to be used in the development of oil and gas fields in Russia’s Sakhalin region.  Since 2014, Russian state-owned, VTB Bank, has reportedly been a significant financier of the Finnish manufacturer.  During the intervening period, however, Russia has reduced its investments in new icebreakers.  This has prompted the Shipyard to venture into new markets, such as cruise liners, although these efforts appear also to have been hindered by the ownership role of USC.

There have been a variety of reports recently of Russian efforts to mitigate its risk exposure to sanctions.  Since new U.S. sanctions were passed by the U.S. Congress in August 2017, the Kremlin has been hastily attempting to classify the identities and activities of its key defense manufactures, financiers, and exporters, with the aim of shielding their commercial credibility abroad.  According to Russian media sources in December 2017, USC planned to acquire two shipyards in Crimea (13th SRZ and 771st RZSS) to service Russia’s Black Sea Fleet — part of the Kremlin’s efforts to consolidate key logistics and shipping assets in the annexed peninsula.  Above is a visual of USC’s global footprint.