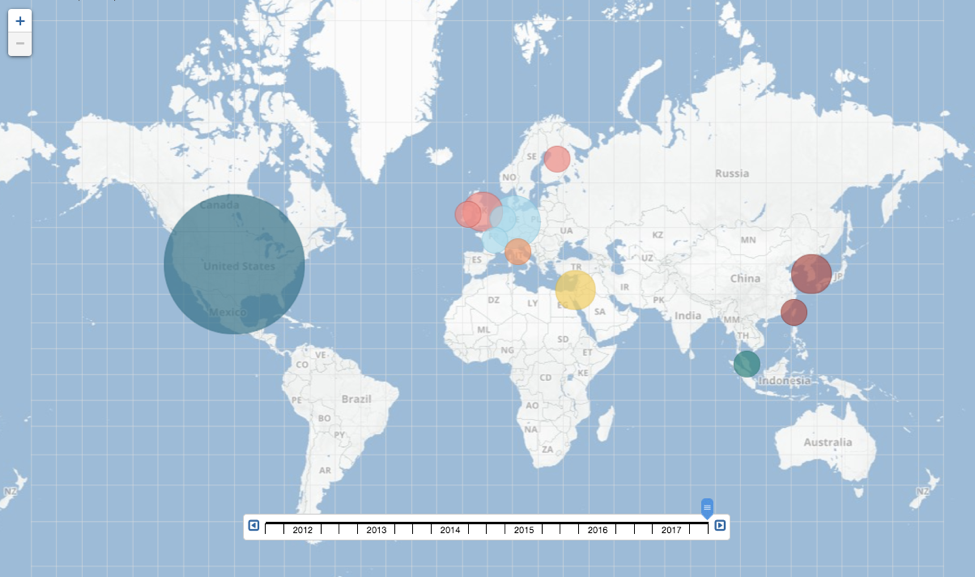 On September 25, 2017, the United Kingdom’s Department of Business, Energy, and Industrial Strategy called for an investigation into the acquisition of leading British semiconductor manufacturer, Imagination Technologies, by Chinese state-backed private equity firm Canyon Bridge Capital Partners.  Investigation into the $741 million acquisition was launched less than a month after Canyon’s third failed attempt to acquire U.S.-based chip-maker, Lattice Semiconductors, a venture which was blocked by the White House on national security grounds.

Earlier this year, Canyon Bridge expressed interest in acquiring Imagination, just as the company lost 70% of its value following the withdrawal of Apple as a client. .  The company’s significant financial burden attracted other investors including another Chinese state-backed entity, Tsinghua Unigroup, which took 3% equity in the chip manufacturer.

The latest investigation by UK officials was catalyzed by Canyon Bridge’s interest in pursuing other technology firms across the UK, notably in London, Oxford, and Cambridge.  The Department for Business, Energy, and Industrial Strategy may be seeking to preempt any additional acquisitions by Canyon amid concerns about the firm’s opaque ties to the Chinese government and the risk these acquisitions pose to the UK’s proprietorship of sensitive chip technologies with possible military applications.

It remains to be seen whether the Department for Business, Energy, and Industrial Strategy invokes statutory powers under the UK’s 2002 Enterprise Act, which grants the Department authority to block mergers and takeovers that are deemed harmful to the country’s national security interests.  Whitehall’s ability to curtail Canyon’s encroachment on critical technology companies in the UK is viewed as a litmus test for the ongoing EU-wide debate about restricting the scope and pace of China’s strategic acquisitions within Europe’s high-tech industries.

Both at the EU and state level (specifically in Germany), governments are strengthening foreign investment screening mechanisms to hedge against China’s accelerated acquisition of critical infrastructure and militarily-relevant intellectual property.

Chinese enterprises have made significant strides in the overseas acquisition of technology firms (particularly in the semiconductor sector) with financial and policy support from China’s central government, which views this sector as an accelerator for China’s domestic technology advances.  Above is a footprint showing China’s growing M&A activities in the semiconductor industry.  Note the particularly robust activity in the United States and Europe.